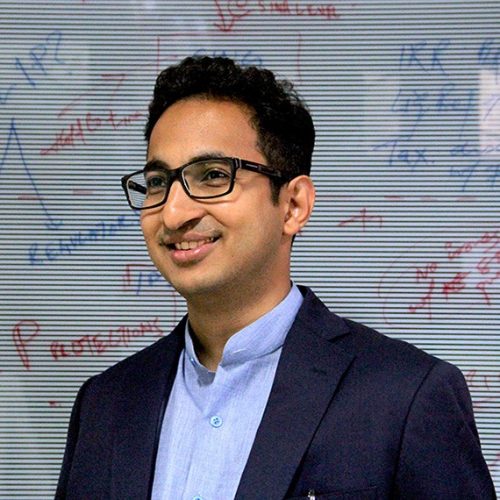 Anirudh’s legal practice encompasses VC investments, tech law and policy advisory with a special focus on growth-stage startups and emerging-tech businesses. He was named Achiever of the Year 2017 by BusinessWorld magazine. From setting-up some of India’s first cryptocurrency exchanges to advising on some of the earliest initial coin offerings and representing the exchanges in the Supreme Court in the ongoing challenge to the RBI ban, he has represented blockchain companies on a wide range of issues. His clients include Koinex, Matic Networks, Zebi and Elemential Labs. Aside from this he represented Team Indus on its spacecraft launch contract with ISRO, assisted on the deployment of the WhatsApp fact-checking platform and was named by The Economic Times, a “pioneer” for his contribution to the drone regulations in India. In addition to being a visiting faculty at NLU-Delhi and IIM-Indore, he has also authored a book on Cyber Laws published by Lexis Nexis. He has graduated from Harvard Law School and National Law Institute University and shares a keen interest in the intersection between technology, law and policy.

All Sessions by Anirudh Rastogi